We will respond as soon as possible and support you in your project.
Place your order Online

If you want to know more about our activities:

Be informed about our latest creations?

Invite us to organize a seminar?

To meet us at our exhibitions and fairs.

Take advantage of our campaigns and offers.

All is not published on your website, consider subscribing to our Newsletter or leave your comments on Irrealist Editions Blogg .

IRREALIST Art Editions is a company that brings together a team of editors, designers and entrepreneurs. We established in the 1990s.

We are and have always been radical and innovative in the way we work.

We hope to find customers among those who want to try new concepts and publications methods.

√ We use both modern technology and best practices in graphic versions, and all imbued with an artistic expression based on the concept of irrealism.

√ Many of our products are published, broadcast, recorded, including the Royal Library in Stockholm, Sweden, the National Library (Centrale-ISBN), LIBRIS, national catalog of Swedish collections, and in many libraries, museums, contemporary art and libraries especially in Europe.

Do not hesitate to contact us to maintain opportunities for possible publication.

ARTOTEC´s Bicycle shelter CYCLOBIK at the main entrance to the FUB and RBU headquarters and adult school in Gothenburg, Sweden. 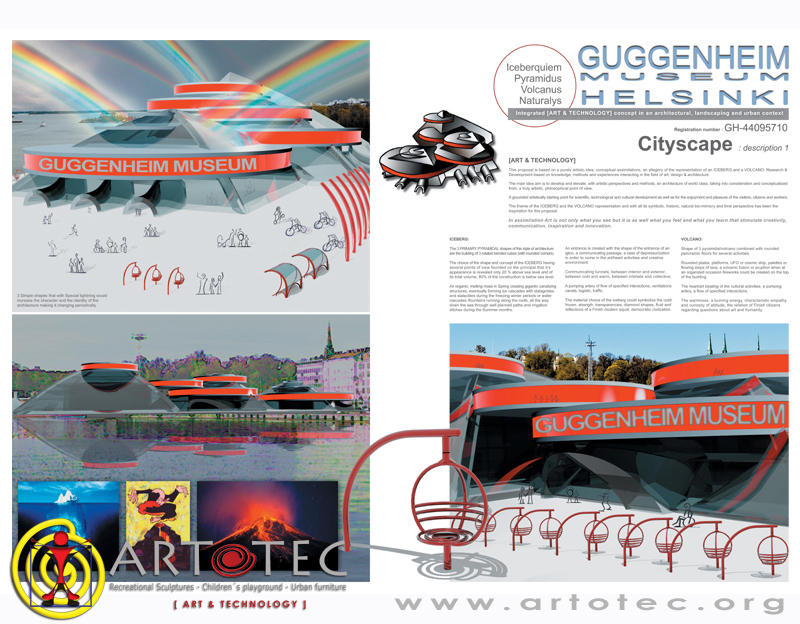 "Art is not only what you see but it is as well what you feel and what you learn that stimulate creativity, communication, inspiration and innovation."

For happy children !
A warm greeting to all children and World Childhood Foundation
Support their work for children to be children.
Build also a snowman ! 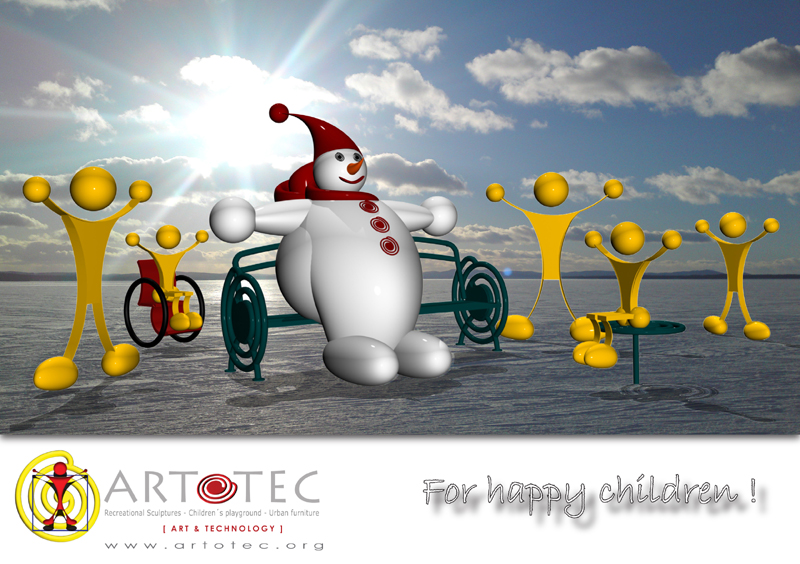 Listen to some tracks

VOTE ! GH-44095710 Proposal/competition to the new GUGGENHEIM MUSEUM in Helsinki, Finland
"Art is not only what you see but it is as well what you feel and what you learn that stimulate creativity, communication, inspiration and innovation."

This proposal is based on a purely artistic idea, conceptual assimilations, an allegory of the representation of an ICEBERG and a VOLCANO.

A fruitful interaction/combination, an application of natural phenomena and methodology (biomimicry) welding with an elaborated modern technology taking into consideration the natural resources of the environment, the country and the city integrated in the architecture and their activities.

A grounded artistically starting point for scientific, technological and cultural development as well as for the enjoyment and pleasure of the visitors, citizens and workers. 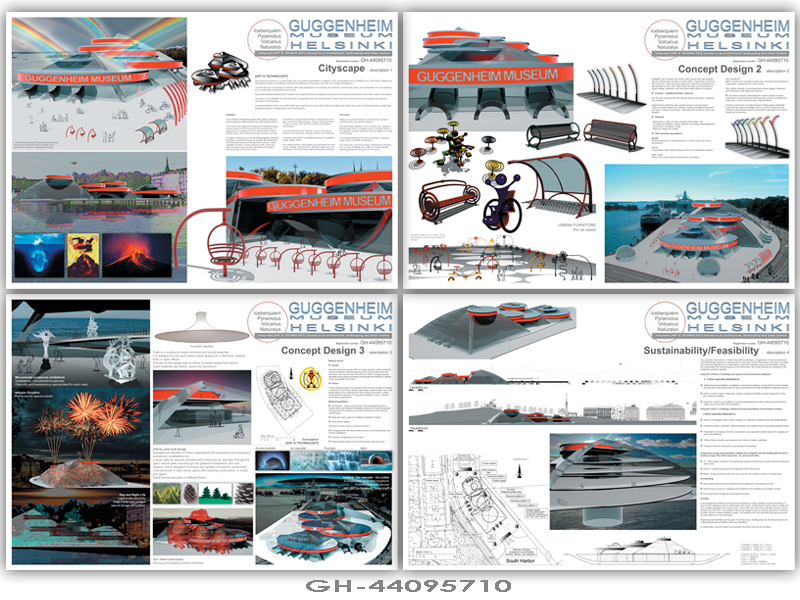 We have the pleasure to inform you that a new product is now in our collection.
The bus shelter WINDOLINE has much in common with the bicycle shelter CYCLOBIK, however, they are different. 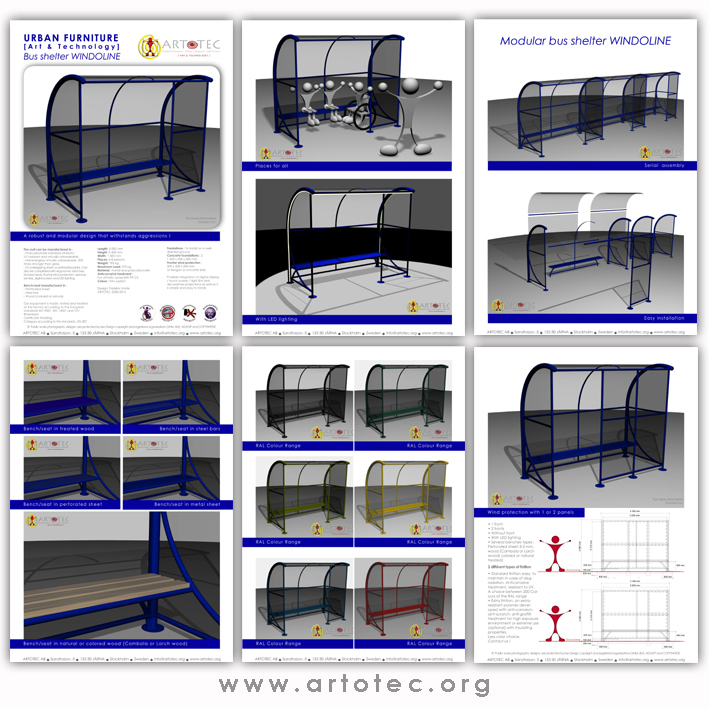 We developed the bus shelter with a company that specializes in unbreakable glass. For more information on experience with this type of glazing, watch the video.

ARTOTEC Trailer "DESIGN the FUTURE with our playful equipment for outdoor spaces, robust and entertaining for all ages."

Recreational scultptures to the need and the enjoyment of a modern society. Research & Development based on knowledge, methods and experiences interacting in the field of art, design & architecture.

The future is now!
For a sustainable environment beneficial to future generations.

Playground and multi activity equipment attractive and fun for all.

A fruitful interaction/combination, an application of natural phenomena and methodology (biomimicry) welding with an elaborated modern technology.

A concept giving a cultural dimension to urban planning.

"Art is not only what you see but it is as well what you feel and what you learn that stimulate creativity, communication, inspiration and innovation."

Art interviews and dialogues between Harvey Cropper and Frédéric Iriarte and their friends.

This documentary is about Harvey Cropper’s multicultural community in Stockholm (söder), Sweden.
One great source of inspiration !

45mn of a wide, wild and universal/historical documentation over 25 years of friendship, and discussions about art matter, music, history and philosophy etc…
A time and space travel full of cultural interactions witness of our time, memories of a creative time, memories of a great thinker, philosopher, humanist, and an open minded amazing artist.
With the participation of many friends, colleagues, stars and strangers and UNIC6 [Electroacoustic Universal Art Music]
Harvey left us November 15th 2012 and I/We still miss him.
A tribute in the memory of Harvey Tristan Cropper my friend. 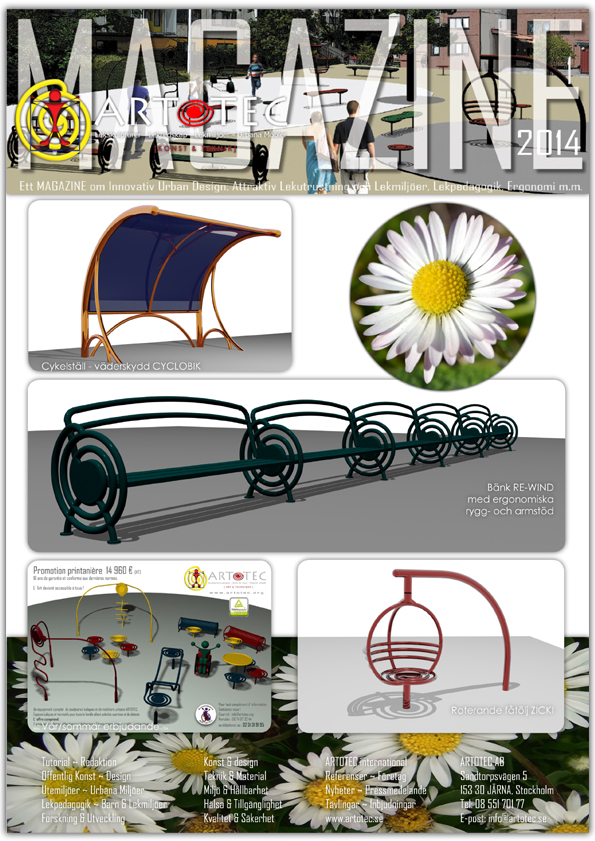 News, pubications research, réflexions, solutions and innovations in the areas of creating recreational sculptures and outdoor furniture and sports equipment with organic designs and also high-tech. A robust mobiler friendly, comfortable, and more… 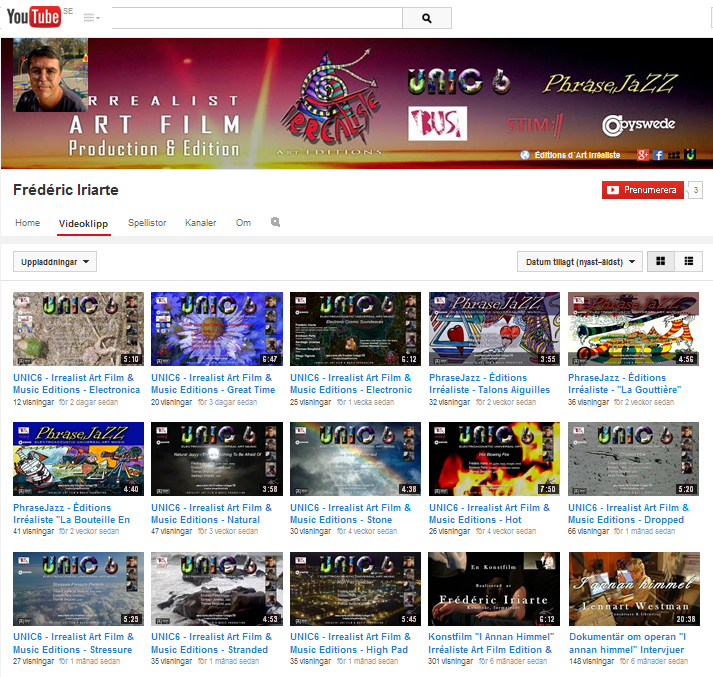 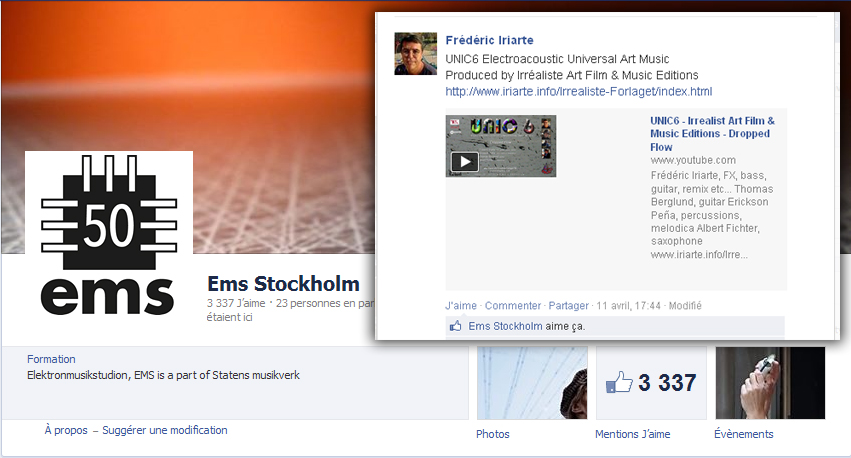 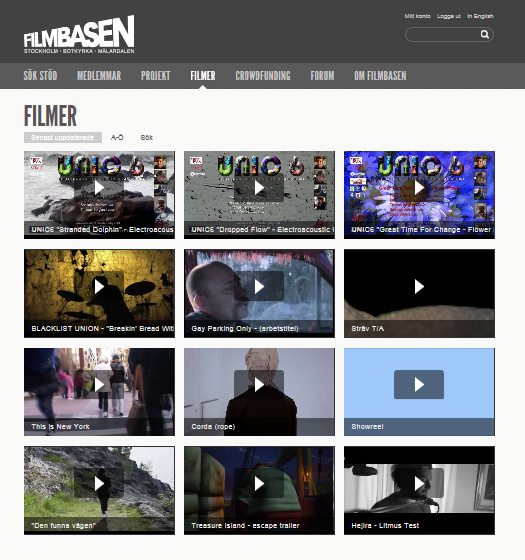 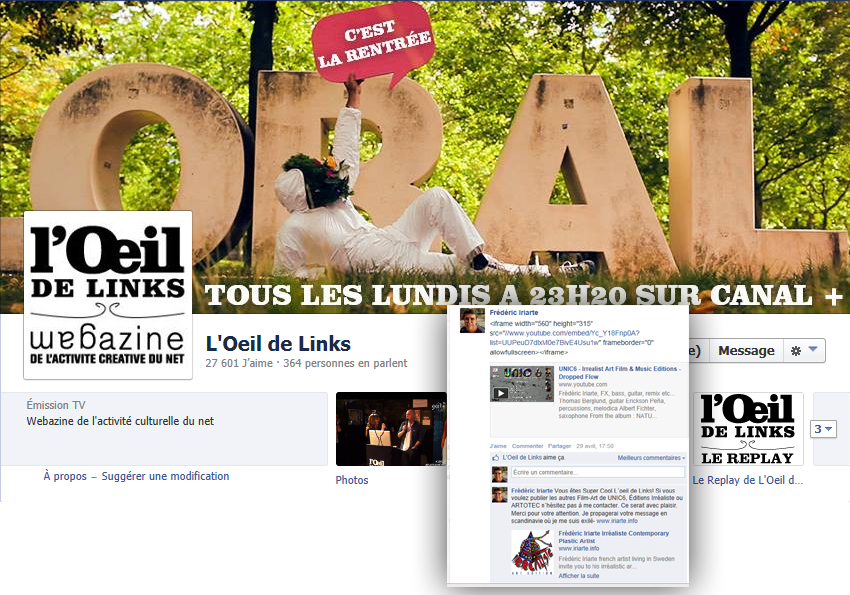 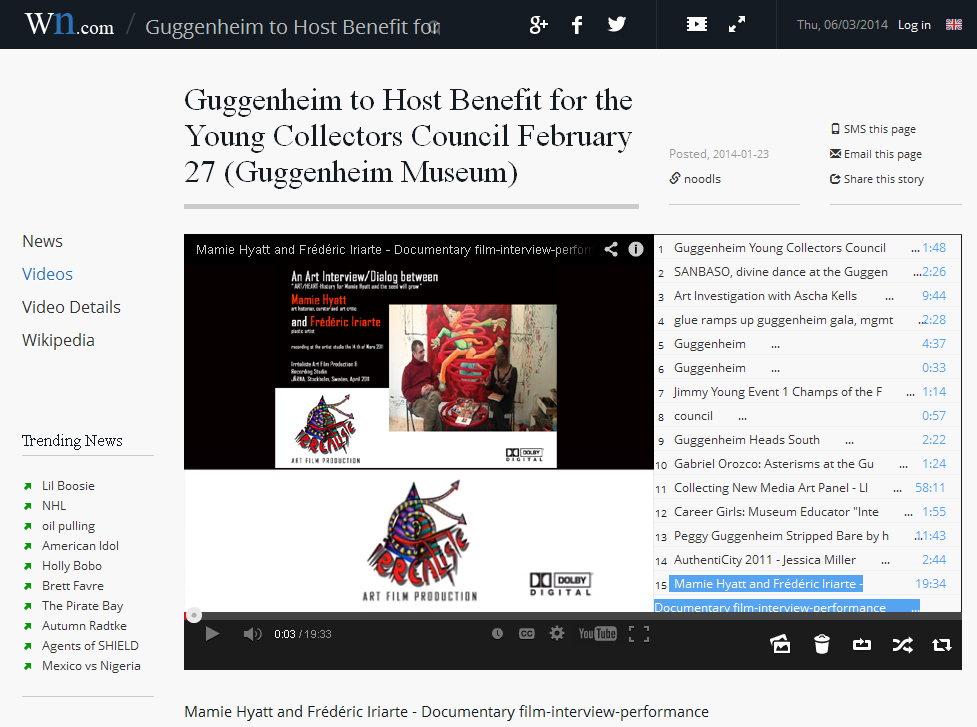 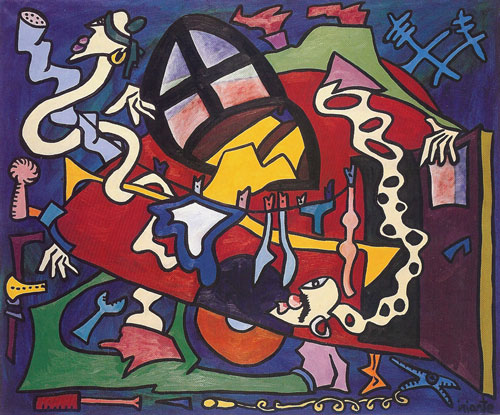 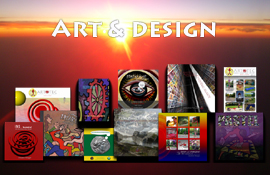 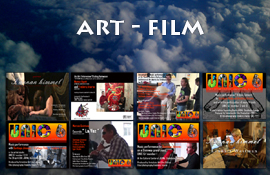 We creat ourselves or in partnership with established film´s companies or television´s producers and especially with the intention to create art, trailers, animations, documentaries and music performances films. 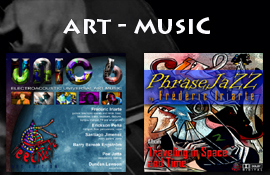 We publish music, sound, art music for films, web pages, companies, fairs and sound installations. In our studio we compose and create original for the production of CD, videos, and various contemporary multi-media. 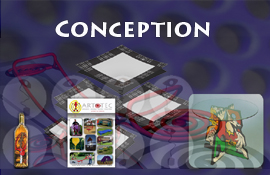 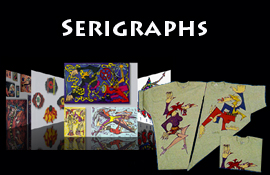 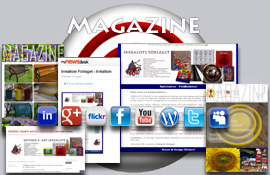 We regularly publish newsletters on completed projects. Our newsletters, press releases, announcements, publications and Magazine are aimed to libraries, bookstores, magazines, television, publishers and creators of music and the film industry, in the public area as well as in the private sector.

Contact us now for all consultations, to know our recommendations and our proposals.

Do not hesitate to contact us to maintain opportunities for possible publication.